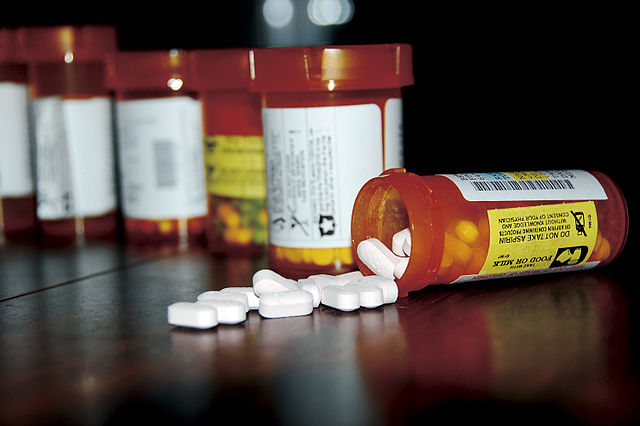 Science has developed a number of medications to help in the treatment of people addicted to opiates. Methadone has been around for years and probably has the most research supporting its use, safety, and effectiveness. It also has the most stigma; a stigma enhanced by the heavy regulation and rules regarding its use.

Newer options for treatment of opiate addiction include Suboxone and Subutex (both include burprenorphine) that don’t have as many regulations but are still treated differently than other prescription medications. Another option for treatment is a once a month injection called Vivitrol (naltrexone) that pretty much blocks the opiate receptors in the brain.

A number of barriers exist for those seeking treatment using any of these medications. For methadone, patients are required to report at a clinic every day for the beginning stages of treatment. How many diabetic patients would like to start every day at a doctor’s office to get their required medication?

For options other than methadone, there is a significant cost. A Vivitrol injection can cost upwards of $1000 per month without insurance and Suboxone can cost around 2 or 3 hundred dollars per month, and that’s after you find and pay a doctor.

Finding a doctor is another big challenge. Federal limits on the prescription of buprenorphine make it nearly impossible to find one in many areas and cost prohibitive when you do. Again, when we treat the medications to treat addiction differently than we do medications to treat heart disease or diabetes, we further advance the stigma of the disease.

The Stigma of Addiction

Which leads us to one of the biggest roadblocks, attitudes about addiction treatment. Traditional approaches to the treatment of addiction follow an “abstinence only” model that continues to contribute to the number of failures and increasing numbers of overdose deaths every year. I understand the desire for abstinence and I guess as an aspiration goal, it is attractive.

But the reality is, many opiate addicts will die because they aren’t able to succeed in an abstinence only model. We don’t tell those suffering from heart disease or diabetes to “get off you butts, eat right, exercise, and improve your health without the use of medication”, why do we treat addicts so very differently?

There is a fairly complex relationship between the stigma of addiction and the rules governing the treatment of addiction. The stigma and rules seem to feed and increase each other. We believe addiction treatment should be managed and controlled differently than other mental health problems, in part because of the stigma. I believe the stigma is further enhanced because of these disparate rules.

Finally, here’s the text from a sign posted outside of a Kentucky courtroom (see link at end of post for more information) regarding the use of “Suboxin”, “IF YOU WANT PROBATION OR DIVERSION AND YOUR ON SUBOXIN, YOU MUST BE WEENED OFF BY THE TIME OF YOUR SENTENCING DATE.”

The only thing about that sign more disturbing than the spelling and grammar is the ignorance.

In Oklahoma, the document containing the standards and rules governing the operation of an outpatient mental health clinic (Chapter 27) is around 44 pages. That covers the treatment of the wide variety of mental illnesses one might expect to find in the community. By contrast, the standards governing alcohol and drug treatment programs (Chapter 18) is 87 pages, with much more specific detail regulating the process of treatment and documentation. Then there is a completely different set of rules and standards for medication assisted treatment (Chapter 70) that is 58 pages.

There is also a federal law, commonly called 42CFR, that places specific and restrictive limits on the sharing of information for alcohol and drug patients. Federal privacy law does a pretty good job of safeguarding the protected health information (PHI) of people seeking medical care; however, those receiving drug and alcohol treatment are held to a higher standard. Why? Because of the stigma. Why do we have the stigma? Because we view and treat the disease of addiction as different from other diseases.  The different rules only contribute to that view.

Voices in the Wilderness

We’re starting to see and hear more people breaking away from the status quo of addiction treatment. Books, articles and information from the likes of Dr. Gabor Maté and David Scheff are starting to make it into the mainstream. Research done over 30 years ago by Dr. Bruce Alexander is helping to shatter the stereotypes of the nature of addiction.  See the following article for more information.

The following is the introduction and link to a recent article published by The Huffington Post. It’s not a short read so be prepared. But for those affected by opiate addiction, or those involved in the treatment of those who are, it’s important information.

At times, it sounds like an advertisement for Suboxone but the information is still useful. I would urge you to keep in mind the other options available for treatment including methadone and naltrexone and most importantly, that we should be utilizing the tools that science offers in the fight against addiction.

Dying To Be Free

There’s A Treatment For Heroin Addiction That Actually Works. Why Aren’t We Using It?

The last image we have of Patrick Cagey is of his first moments as a free man. He has just walked out of a 30-day drug treatment center in Georgetown, Kentucky, dressed in gym clothes and carrying a Nike duffel bag. The moment reminds his father of Patrick’s graduation from college, and he takes a picture of his son with his cell phone. Patrick is 25. His face bright, he sticks his tongue out in embarrassment. Four days later, he will be dead from a heroin overdose.

Read more via Dying To Be Free – The Huffington Post.